A receiver is an unbiased third party appointed by a court – state or federal – to take legal possession of a property. It is important to remember that the receiver is not an agent for the lender, but a third party who becomes an agent of the court to protect the property, both real and personal. In general, a receiver protects the business from being damaged or its value being diminished. More specifically, a receiver is responsible for protecting the assets that represent the security for the loan — its improvements, furniture, fixtures, equipment, and income — as well as accounting for all receipts and disbursements and repairs and maintenance.

Are there different types of receivers?
Most courts distinguish between receivers appointed to take over an entire business entity – often called general assets or equity receiver, and one appointed to take possession of specific assets which secure the loan and any income generated by those assets –usually called a rents-and-profits receiver. While there are many forms of receivership, most commercial lenders and servicers deal with only these two. Receivers are also appointed in partnership disputes and at the request of government regulatory agencies to seize a business accused of fraudulent or other illegal activities.

In summary, receiverships offer the moving party the opportunity to have a court-appointed neutral party (often of the plaintiff’s choice) to receive, preserve, and/or liquidate its collateral — pending the court’s resolution of the secured creditor’s claims.

What is the “Order Appointing Receiver”?
The Order Appointing Receiver defines the scope of responsibility and authority for the receiver to take possession and exclusive control as well as operate the business, make needed repairs, continue, terminate or complete construction, remediate environmental hazards, and in some cases liquidate the assets for the benefit of creditors.

Careful drafting of the Order Appointing Receiver (and the related Temporary Restraining Order) will save considerable time and money in seizing and protecting assets more effectively. At Trigild, our staff can address all of the anticipated hurdles in advance, thereby avoiding returning to court for additional orders –enabling us to protect the asset more effectively.

What are key benefits of receivership?
The benefits of receivership are far reaching. In the majority of cases where there has been a loan default of any significance, many other aspects of management have been neglected or deferred, which ultimately diminishes the market value of the asset(s). When a property owner is headed toward foreclosure, a receiver can step in to control operations, protect the value of all assets, monitor and approve expenses and determine the best course of action.

A well-managed receivership can bring an objective management perspective to the business, instilling a higher level of professionalism to project management, operations, marketing and leasing, accounting and reporting – all of which may have deteriorated during the period preceding the loan default. Such improvements benefit the business on a long-term basis, well beyond the term of the receivership.

In addition, the appointment of a third party to take possession of a property and operate the business will shield the lender from liability, since the receiver is an officer of the court, not an agent of the lender. The receivership can be as critical to the lender as the foreclosure itself, since the property’s cash now goes into the receivership estate, and the borrower cannot use it for its own purposes. Ultimately, receiverships are an effective tool for loan recovery — maximizing value of assets and making them more attractive to prospective buyers and investors.

Is there a difference between receiverships for operating businesses such as hotels and income properties such as office buildings?
When considering their options, lenders should keep in mind vast difference between operating businesses such as hotels and restaurants, and traditional income properties such as office buildings and shopping centers. An experienced receiver with an in-house staff can help with the complexities of an operating business, which include payroll and employment, tax liabilities, vendor and supplier relationships, utility services and inventories that may require immediate attention. In addition, an operating business will frequently include other technical issues, such as liquor licenses, franchise agreements, equipment leases and retail space tenants. Having handled the nearly 3,000 properties and businesses, Trigild has nearly four decades of experience in both the hospitality industry and receivership law.

How long does a receivership last?
The term of the receivership is dependent on the length of the underlying case and can therefore range from a few months to a few years. In some case, the lender will choose to continually extend the foreclosure date in order to allow the property to be sold by the receiver, rather than in a foreclosure.
What is the difference between state and federal receivership?

Receivership actions are commonly filed in the state court in the county in which the debtor — or a significant portion of the secured creditor’s collateral — is located. State court jurisdiction, however, is confined to the state in which the court and property are located, while federal receivership actions are conducted in the federal district court. Because of this, federal receiverships allow a receiver to exercise nation-wide jurisdiction, which ultimately, can provide more flexibility and be less costly. However, a secured creditor can bring its motion in federal court only if jurisdiction exists based on specific rules. Both federal and state courts make clear that appointment of a receiver is an exceptional remedy — warranted only in cases where there is a clear necessity to protect interest in property.

Can a receiver sell assets?
Absolutely, even over the objection over the borrower. Trigild and its officers have sold billions of dollars in commercial real estate in a variety of state and federal jurisdictions.

While federal courts have specific rules for receiver sales, states have varying rules allowing such sales — some forbidding them and others remaining silent on the subject. Working with lenders’ counsel, we have been successful in persuading courts to allow receivership sales, even in states which in the past did not allow them.

Courts have also ruled that a receiver sale negates any redemption rules, since these apply only to foreclosure sales. In addition, a sale by a receiver allows the lender or servicer to avoid the chain of title — averting any “owner” liability for environmental issues.

Finally, in some cases a special servicer may be able to restructure the existing debt and arrange for it to be assumed by the new owner. The availability of financing can result in a higher selling price — in one recent case we handled, the increase in sales price was $50 million

What are the fees associated with a receiver?
Much like attorney fees, the receiver gets paid hourly through the operating income of the receivership estate. If the receiver is also affiliated with a management company, the court can permit that company to be the operator as well. Additionally, if a property is sold by the receiver’s company, this can result in substantial savings in fees and costs by utilizing one-stop-shopping.

The lender or plaintiff needs to be cautious about what additional outside costs may be incurred by the receiver. Accountants, lawyers, brokers and other professionals add to the real cost of a receivership and need to be clearly identified. Many courts do not allow the receiver to hire other professionals without prior approval of the court (and sometimes the plaintiff) in order to avoid these extra costs.

What happens to the asset after receivership?

When the receiver is discharged (usually after the foreclosure and/or the sale of the property) a final accounting and report is filed and a hearing set to approve the receiver’s actions and to discharge the receiver. The order discharging the receiver will direct what is to be done with any remaining assets. Normally these excess assets will be disbursed to the lender/plaintiff. As an officer of the court, the receiver is expected to suggest to the court what the receiver believes to be the appropriate action. Often the lender’s counsel will assist in preparing the needed motions and proposed orders.

Isn’t receivership just like bankruptcy?
No! While there are many similarities in what is ultimately accomplished, they are fundamentally very different. Bankruptcy laws are written to protect debtors from legal action by creditors. They are very complex and involve volumes of rules, regulations and specific procedures. As a result, the total costs incurred are often much greater than those with a receivership. Designed to help lenders and creditors protect the security of their loans, receivership is an “ancillary remedy” – which means there must already be some legal proceeding taking place (e.g. foreclosure action, partnership dispute, fraud, etc.). Unlike a bankruptcy court with very detailed and strict rules, receivership usually has very broad rules and the court is allowed to use its “equitable” powers of fairness rather than adhere to rigid limitations.

So how do we select a receiver?
The formal requirements to be a receiver are extremely broad, and often simply require that the proposed receiver be an impartial third party — unrelated to any of the parties in the underlying action. Some courts, notably California, require the proposed receiver file an affidavit swearing that he/she has made no prior agreement with regard to fees, post-receivership work for the lender, etc. Most all courts hold those same ethical and fiduciary rules as an underlying general principal, whether or not they are spelled out.

In recent years, there have been wide-ranging breaches of the requirement that a receiver maintains an arms-length distance from either party, and we expect to see some potential litigation and/or lender liability risks as a result. Agreeing to discount — or even waive — fees in exchange for a promise of a post-foreclosure REO management contract, brokerage listing, leasing agreement, etc. raises the specter of the lender/servicer having some special benefit that may not be of equal value to the borrower and/or the secured assets themselves.

Courts are most comfortable with receivers who have served successfully for some period, and often prefer a receiver who may have specific knowledge or experience with certain industries, property types, markets, licensing and regulatory matters, etc.

When selecting a receiver, ask for references from colleagues and legal counsel, and get specific examples of similar receivership appointments. 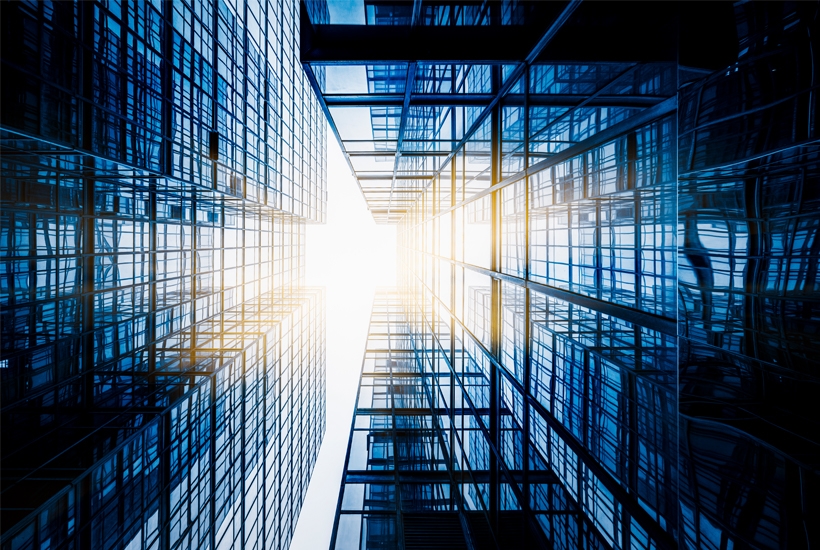